Around 3 months ago I made the very difficult decision to leave Pusher. After just over 2 years I'm leaving behind what - up until now - has been the best job I've ever had. 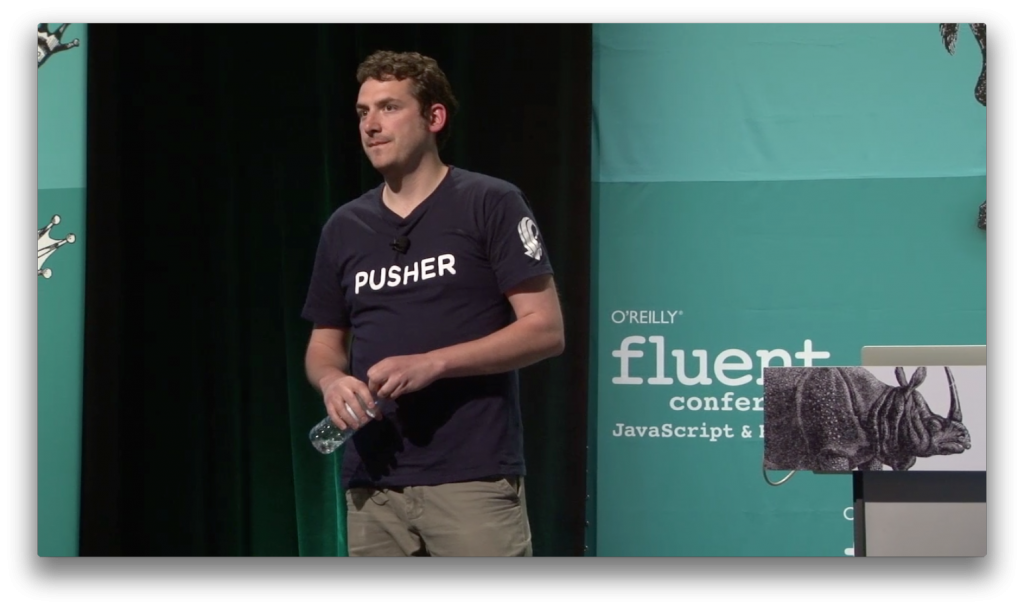 In this post I'll cover what's been achieved while I've been at Pusher, why I left and what I'm going to be doing next.

Over the past 2 years Pusher has achieved a lot and I believe I've made a good contribution towards that. But, here I'm focusing on what I've done in my role as Developer Evangelist for Pusher.

I've just compiled these stats and I'm quite pleased with what I've achieved. I'm particularly surprised to see I've given 31 talks.

For a sample of the sort of thing I got up to in a year have a look at my year as a Developer Evangelist blog post from mid-2012.

Why I left Pusher

My last official day at Pusher was 18th June 2013. But, I also attended the EE Hackathon on 22/23 June representing Pusher. So, I still have a great relationship with everybody there.

I'm leaving simply because I've had a great 2 years and now it's time for a new challenge. Sorry, no scandal to be found here. Pusher is still awesome!

Adam Yeats has joined Pusher to take on a lot of what I previously did. He's very excited about his new role and I'm sure he'll really enjoy it. Please give him some love on Twitter.

My work focus is now two-fold.

I'm still very passionate about Realtime Web Technologies so I'm going to continue evangelising about how they can be used to create interactive and engaging experiences. The only difference now is that I won't be so focused on Pusher, and will be covering realtime web technologies more generally. 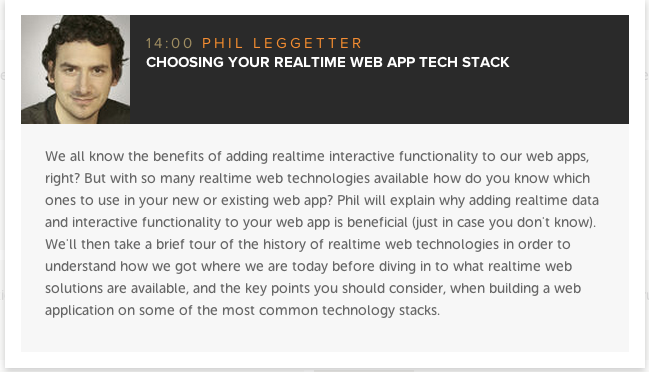 I'm going to be speaking at Hackference in Birmingham in August and at FOWA 2013 in October about uses of realtime web technologies.

Over the past couple of years I've done less development, and specifically less advanced JavaScript development. Instead I've been focusing on demonstrating simple but powerful use cases for realtime web technologies using JavaScript. Since the JavaScript adoption and innovation has been so fast-paced over the past two years I need to play a bit of catchup.

BladeRunnerJS is the perfect opportunity for me to continue in a role that I love and also start learning, creating and sharing about a technology that I've been using since graduating from university in 2001.

BladeRunnerJS is a component developed by Caplin Systems (who I've worked for twice before) and I've been asked to lead the team to open source the component.

If you are interested in building HTML5/JavaScript web applications and:

Then BladeRunnerJS will be of interest to you. Please head on over to bladerunnerjs.org and register for the mailing list or follow @BladeRunnerJS to stay tuned.

A final thanks to everybody at Pusher for a fantastic two years. And thanks to Caplin Systems for asking me to help with BladeRunnerJS. It's going to be an awesome ride!