I joined Pusher around over a month ago now and it's been a non-stop whirlwind of activity. On my first day I was in Poland at Falsy Values for a JavaScript conference and at the same time I was putting together an article for .net magazine. The article is now in the August edition (issue 217) and it got a massive 5 page spread (must be all the pictures). 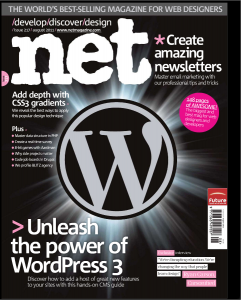 The article covers building a real-time survey using Ruby on Rails and Pusher. I also wrote about how Pusher can be used to progressively enhance an application in the way that has been touted as a "best practice" approach when adding JavaScript to a web application. I won't got into any more detail, if you are interested you can pick up a copy :) I bought one.

This is a really big achievement for me and for Pusher, so I'd like to thank the guys at Pusher for taking me on and also for giving me the opportunity to write the article. It showed a lot of confidence in my ability from day one and that means a lot. Maybe it was a test? ;)

I'll keep this short as I don't want to make it too much of a "look at me" post. I just want to post something as a "record of achievement" of something I'm proud of and as a thanks to the guys as Pusher.