Last night, just over 12 hours ago, I attended the Gary Vaynerchuk Crush It event organised by Sprouter in London. I’ve already read Crush It and seen a lot of Gary online so I wondered if he would give out any information that I hadn’t already heard. On the way in I mentioned this to Ian Sanders who said:

This is a big statement considering the event is just a guy standing and speaking and taking some Q&A. However, Ian’s statement was spot-on. Gary oozes charisma and when he speaks it feels like he’s addressing you directly. This is clearly one of the reasons why he’s so popular and doing so well. 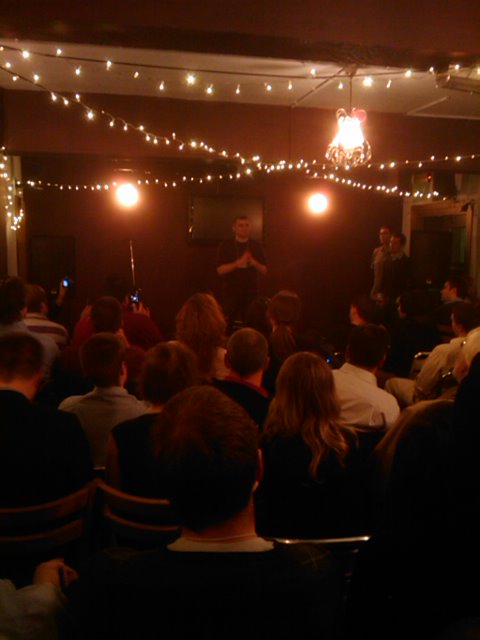 One of the things that Gary covered, and I’ve heard him mention a few times now, was small town rules. My take on what Gary means that social media has made a global community possible. He provided a couple of examples.

You can go out in New York, get drunk and get naked every night of the week and it most probably won’t impact your reputation. However, in a small town if you do this just once it will.

The movie Bruno (I'm not giving it a link, I've heard it's that bad) had one of the biggest attendances for an opening night in the states. However, the second night had the biggest drop off in attendances ever. This is because on the first night people left half way through and wrote on Twitter and Facebook how terrible the movie was. In 24 hours word had got out to avoid this movie at all costs.

What has this got to do with the Real-Time web I hear you ask? Well, in the first small town example it’s easy to see why and how news spreads so quickly. In a small town it doesn’t take long for news like this to spread. But in the second example the news spreads to a massive number of people because of the real-time web effect introduced by the immediate availability of information from networks such as Twitter and Facebook.

I managed to get a question in and asked Gary:

How real-time does real-time have to be? For example, the newly introduced Google real-time search checks every 20 seconds to see if any more relevant search results are available.

Whilst Gary said that 20 seconds was probably alright he did suggest that this would be fine until another site provided the results in 19 seconds, and ultimately 0 seconds. At which point expectation would be changed.

This has encouraged me to continue my push to encourage the uptake of technology to provide a truly real-time web experience. Data is available instantly so why not push it to users instantly. Is 20 seconds really good enough when technology is out there to allow that information to be pushed to us in closer to 0 seconds? My opinion is: C'mon Google, you can do better!